Thoughts on barefoot running and my half marathon 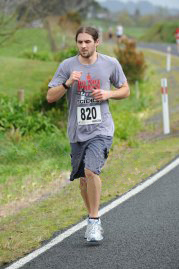 I’ve got a lot of things I want to say here, hence the length. I know attention spans are only around 500 words, so feel free to skip ahead to the sections that interest you. I want to share my thoughts and experience with barefoot running, particularly over long distance. I will also explain my training programme for the half marathon I recently completed, and the method behind the madness. Finally I’ll let you judge how well my training worked by sharing my experience of the race.

Email ThisBlogThis!Share to TwitterShare to FacebookShare to Pinterest
Labels: Working out