I was taking a quick look over the clearance table at my local hardware store when I saw these simple spring clamps, much like giant clothes pegs. They were only $4 each and I was sure I could set them up as a tool for training pinch strength. I bought two thinking I could set up one then ass it got too easy I could change the set up to use both. Later I thought I might as well buy two more so I could have one set up, a double set up and one spare (for single finger + thumb training); however I was only able to find one more.

I have seen something similar to what I have set up in one of Ross Eminent’s videos, however his tool uses leverage on a weight, while mine used the resistance on a spring. The tool that Ross has set up is probably better as the weight stays the same throughout the movement, while the resistance increases on mine as the tool is closed. However this isn’t necessarily a bad thing; I feel like the strength curve is higher as the thumb is closer to the hand; that is to say you are stronger in that position. I could be wrong. Also I don’t have any dumbbells or plates to set something up like Ross has.

The set up is very simple; I used a board made of sandwiched aluminium sheet over plastic. I found the off cuts at work otherwise I would have used some thin plywood. These were drilled, screwed and bolted onto the clamps; I had to cut down some of the bolts to make them fit. If I was to re build these I would use larger bolts and lock nuts, however my set up works just fine.

My plan is to train these in a similar fashion to training CoC gripers. I can use the single clamp as a warm up for sets of 5. I can then either do negatives on the double, until I’m able to close it and/or use single and double fingers on the single. I find the single and double finger work very difficult, I think the hands are wired to work as a unit and are therefore stronger than the sum of its parts. To give an indication of strength of these two tools, I feel like the single is slightly easier than the CoC trainer and the double is just harder than the CoC number 2. I’m hoping that these tools can assist in my training for a rafter pull up (or at least a rafter hang). 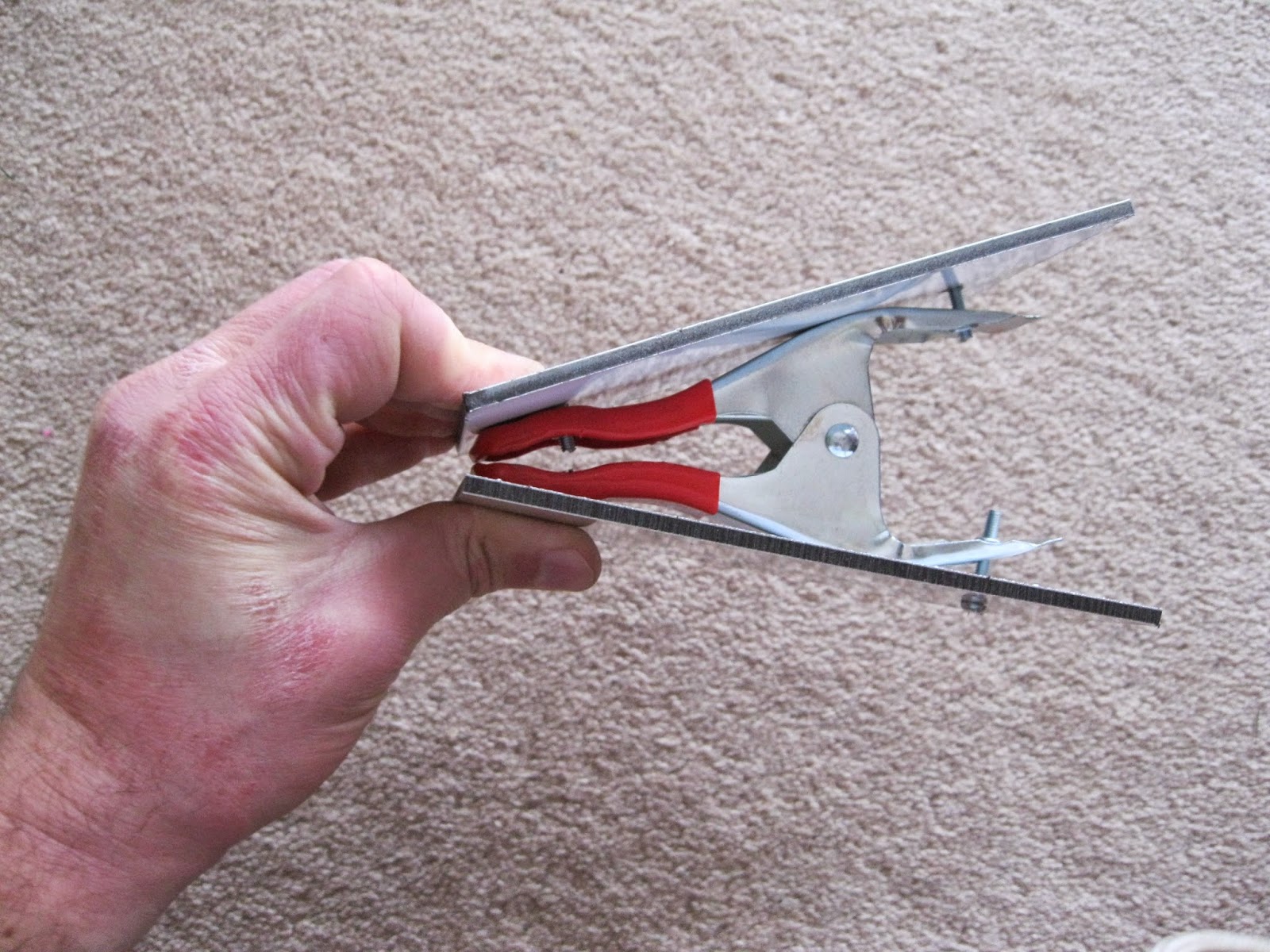