I have been thinking about ways to train my pinch grip for a while now, particularly to perform a rafter pull up with a pinch grip. I have built a simple pinch grip trainer, but I needed a way to train the rafter grip also. So I decided to set up some pinch grip holds of various sizes I could attach to my roof section of climbing wall. I decided to make a number of different widths of pinch to test the spectrum between open and closed hand pinches.

I found some off cuts of 20mm plywood at work and cut them to suit a number of different widths. The smallest being 40mm wide as any smaller would likely be too small to set up a bolt. The widest was 120mm, as this is the widest my hands can pinch grip. I also cut holds at 60, 80, and 100mm. All holds were 120mm long. Each of the holds would be two sheets of ply thick (40mm total), although I made one set of holds 40mm wide and 60mm deep.

Each of the ‘holds’ was then screwed together so that I could drill a straight hole through both sheets of ply, which the bolt would run though. The bolt is approximately 8mm, with a 13mm head so I drilled a 10mm hole through both sheets of ply. I then unscrewed the two sheets and drilled an 18mm hole though the top sheet of ply (First draw a line on the side of the hold which can be lined back up at the end). This allows room for the bolt head. Note: First drill a short pilot hole with the 18mm drill bit so that the outside remains tidy. If this is not done the 18mm drill bit will wander around in the 10mm hole before biting in (see the peg board for an example of this). 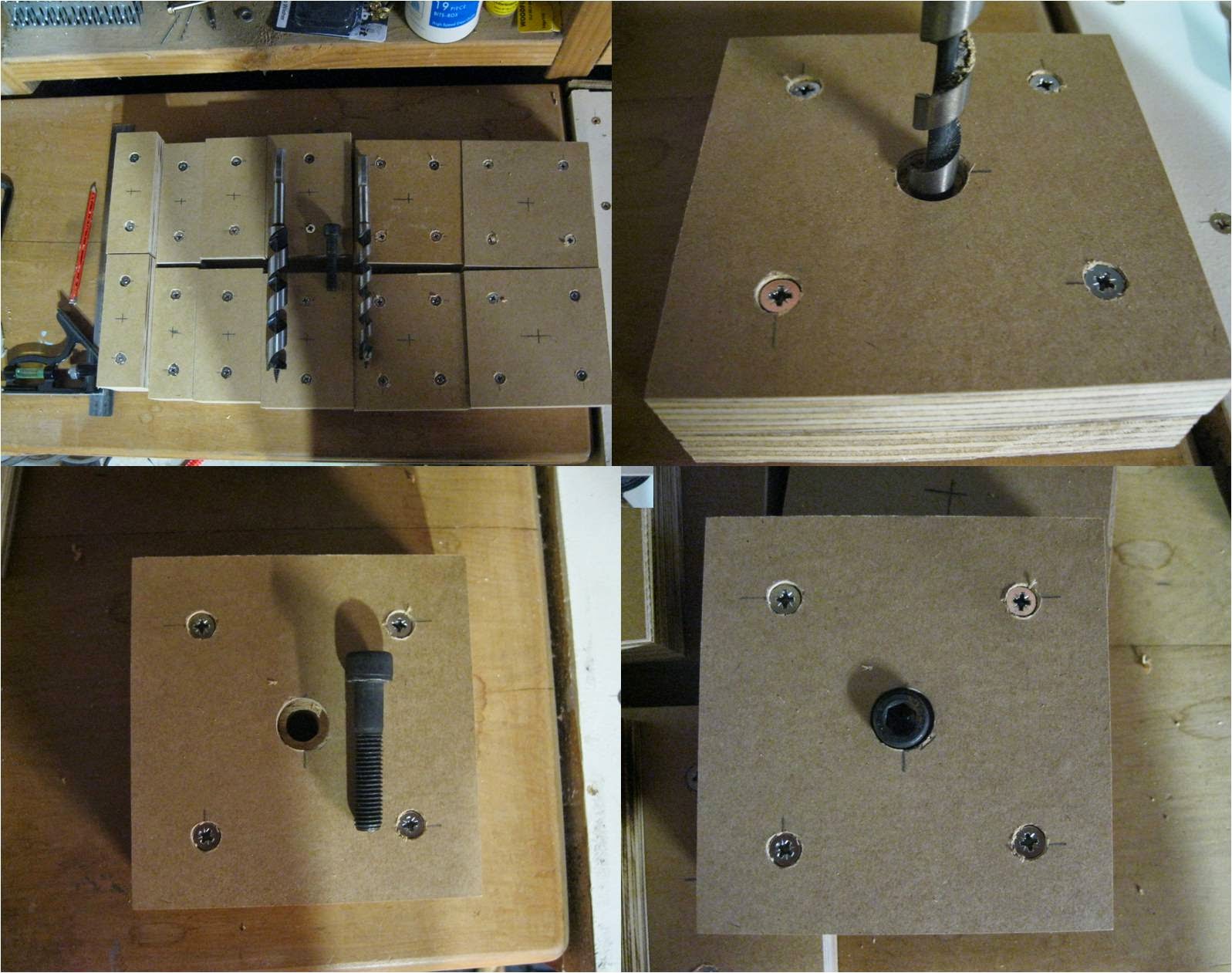 On the underside of the top piece of ply I used a stone file bit to file out space for a washer to fit between the sheets of ply. This washer will help to distribute the force of the bolt head so that it does not pull through the single sheet of ply. Once this was done I used a small amount of ‘no more nails’ (wood glue) between each sheet and screwed the ply back together.

Following this I used a simple sanding block to smooth all the edges of the ply (it was very shape) before mounting the holds on my roof section of climbing wall. I spaced these out so that I could use a pair of hold of the same width. Later I could mix it up.

I found that these hold are far beyond my current ability, though I always knew they would be extremely hard, I enjoyed the process of making them. Currently I can hold the plywood of the roof section and put 80-90% of my weight though that hand will 10-20% of my weight is on a pinch grip. I should be able to include hangs like this as part of my pinch grip training.