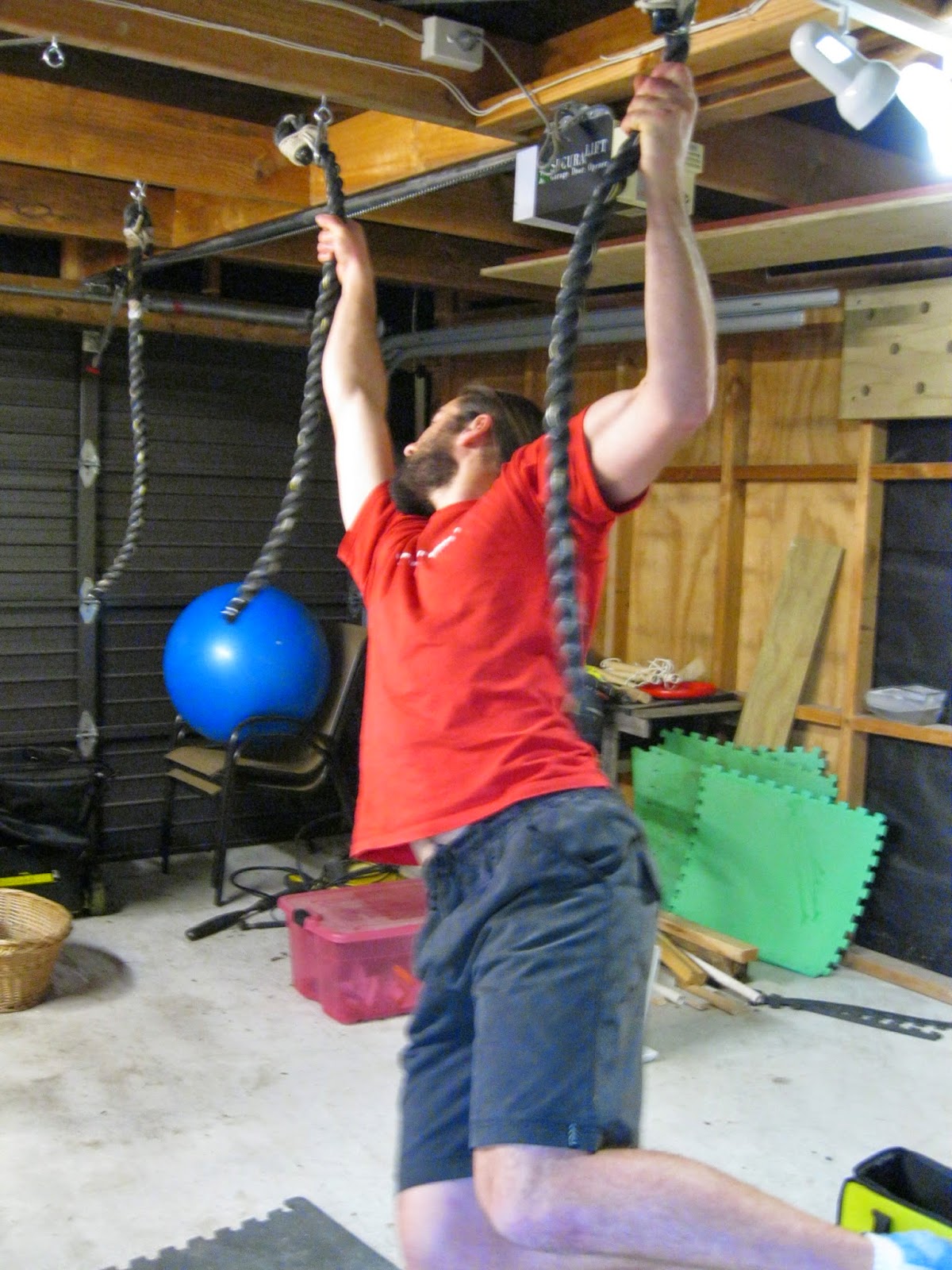 This was a ‘just for fun’ project of mine, it probably won’t feature much in my training but it was fun to set up, and every now and then I will set it up and swing around. The rope swing was the main reason for setting up the extra pairs of overhead anchor points as the rafters are spaced out quite well to swing one to the next. The rope I used was 3 meters of 1.5 inch rope I managed to get for free from the manufacturer. Ideally I would like 4-5 ropes to swing from but I only had 3 meters of rope and 3 good beams to swing between.

I used a hacksaw to cut the rope (first tape the section to be cut to prevent it from fraying while cutting) into three equal sections and taped up each section to prevent it from fraying, smaller ropes can have the ends melted but this rope is much too thick for me to do that. I then took one end of the rope and folded it over on itself by 100-150mm. I then tied this together and wrapped it up tight before tying off the end of the smaller rope. I would have liked to use more rope for this (wrap it several more times) but I didn’t have enough. The reason for tying the end off like this is to have to rope as long as possible, if I spliced an eye into the rope like I did with my climbing rope, the eye would take up too much room.

Once all the ropes were tied I used to simple carabiner to hang the rope from the anchor points. I can set these ropes up to practice swinging between them, but more often I will use these ropes for grip training working on one arm rope hangs. 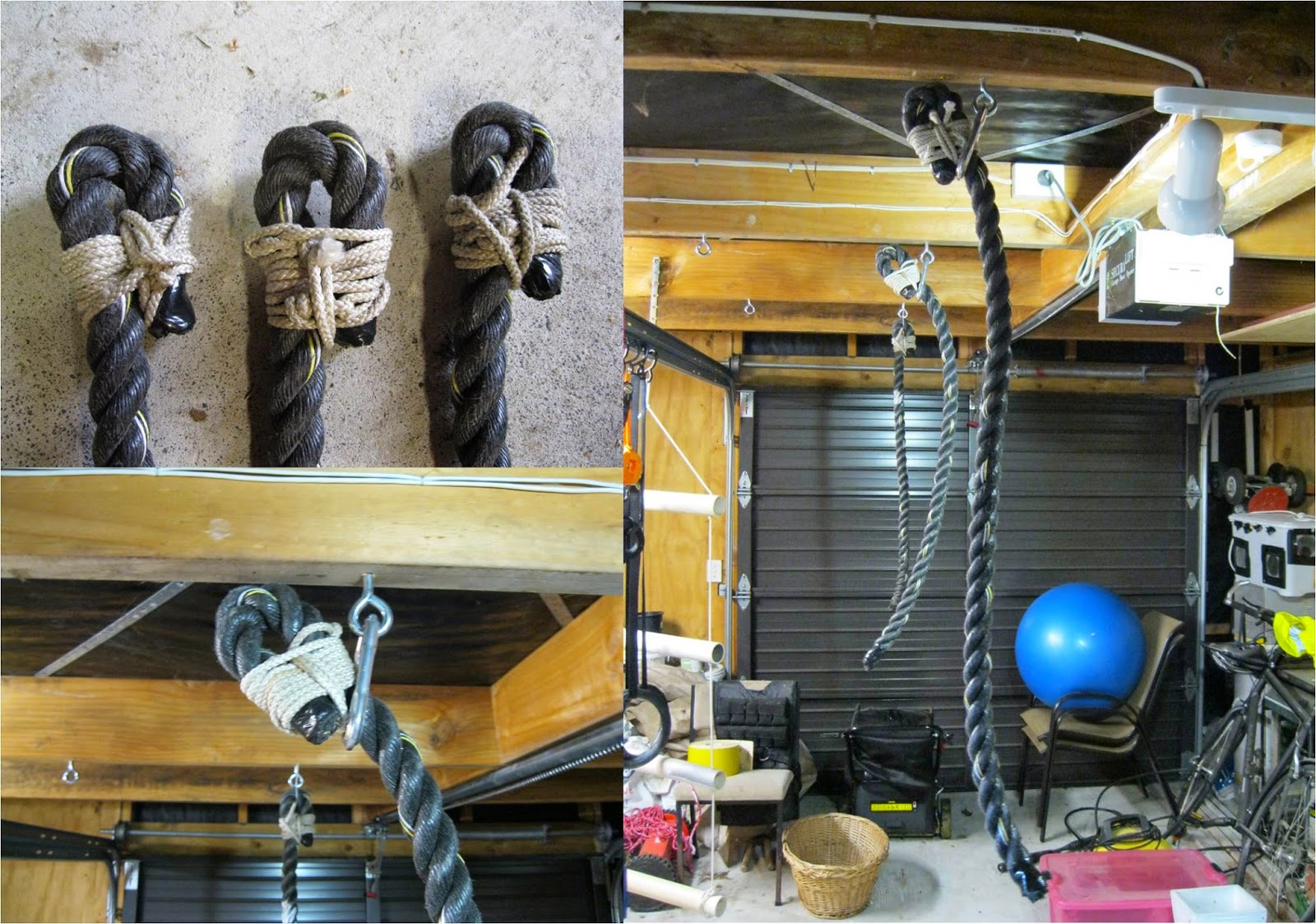