I’ve been working hard on my grip strength and fingerstrength for over a year now, mostly focusing on hangs (one arm towel hangs) and finger tip push ups (one arm finger tip push ups). The campus board has also been a great addition which I think has added much more finger strength. One piece of equipment I had been eyeing up for awhile was finger straps, which I was going to buy from ironmind. Ironmind makes exceptionally good products of a very high quality, however living in New Zealand means paying a high cost of shipping. For me this means paying more in shipping than the cost of the product which I just couldn’t do. Luckily for me Ross Enamait bought out an amazing new book Untapped strength, in which he gave instructions for making homemade finger straps. The book is only $10, I would have paid twice that just for the finger straps so if you continue reading you owe Ross $10. The book is full of homemade solutions for lower arm training and well worth the money. Note: I received permission from Ross Enamait before posting this, since the method for making the finger straps came directly from his book.

I bought 2.5m of climbers webbing (20mm wide) for this project, it only cost $4 per meter so it’s super cheap. I suggest having the shop cut the webbing in two for you, if they just use heat cutter so that the ends are sealed for you. Otherwise if you are cutting it at home use a lighter to seal the ends to prevent fraying.

Using some trial and error I found the correct length (given the material I had to work with) for each of my finger loops which was 120mm. Using a ruler and a peg I folded four equal sized loops, and one loop over the top for attaching the straps. Note: I made the top loop approximately the same size as the finger loops, however this top loop could be made much longer or shorter. For additionally safety I folded each of the ends over so the screw will run through the end twice, making it much harder to pull though. 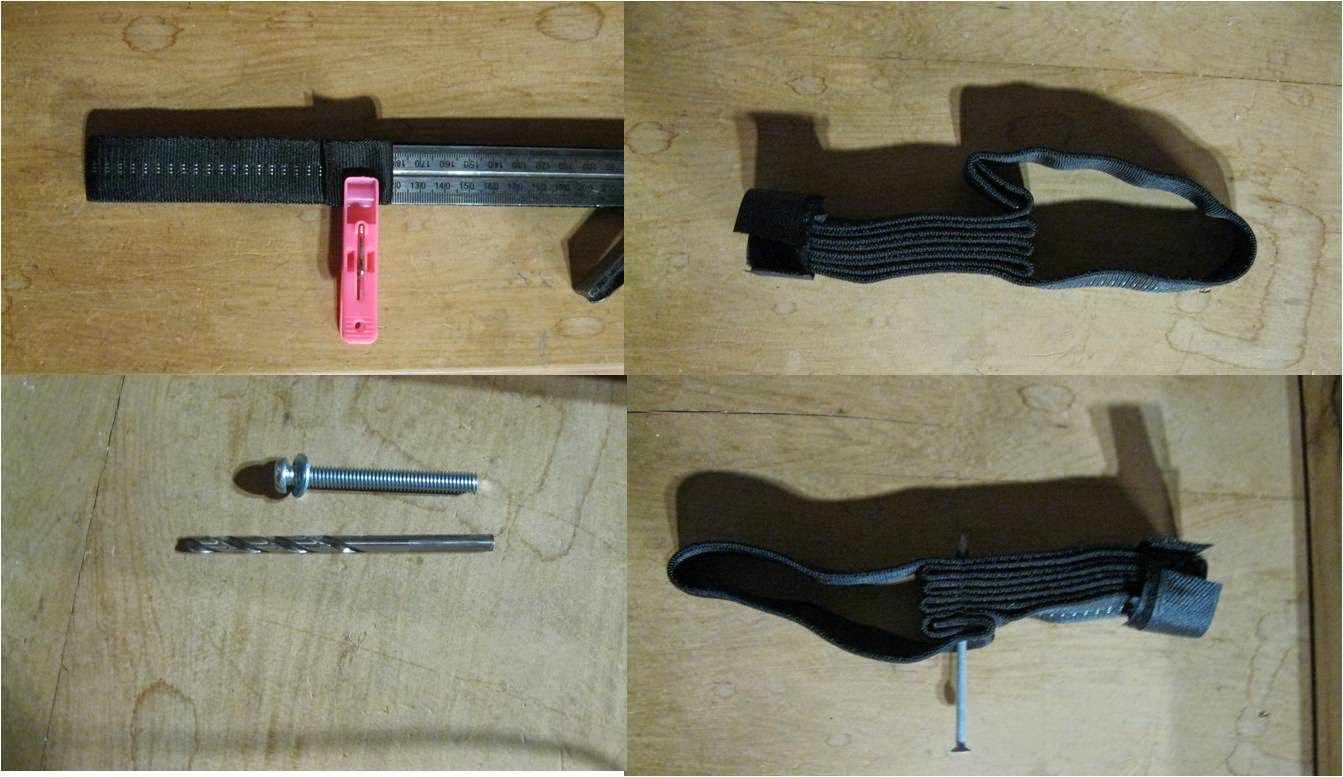 My first move was to try to drill though the webbing, this is a bad idea, it catches and pulls and simply doesn’t work. Instead I used a nail which I hammered though the webbing to start the hole for the screw. Since the screw I was using was much larger than the nail I would remove the nail, make the hole larger but pushing a drill bit through it, then pushing the bolt through. This continued until the bolt was through all the loops and I could tighten the nut on. Note: Use a washer on either end to prevent the screw from pulling through the webbing. Repeat for the second length of webbing and you have a pair of finger straps. 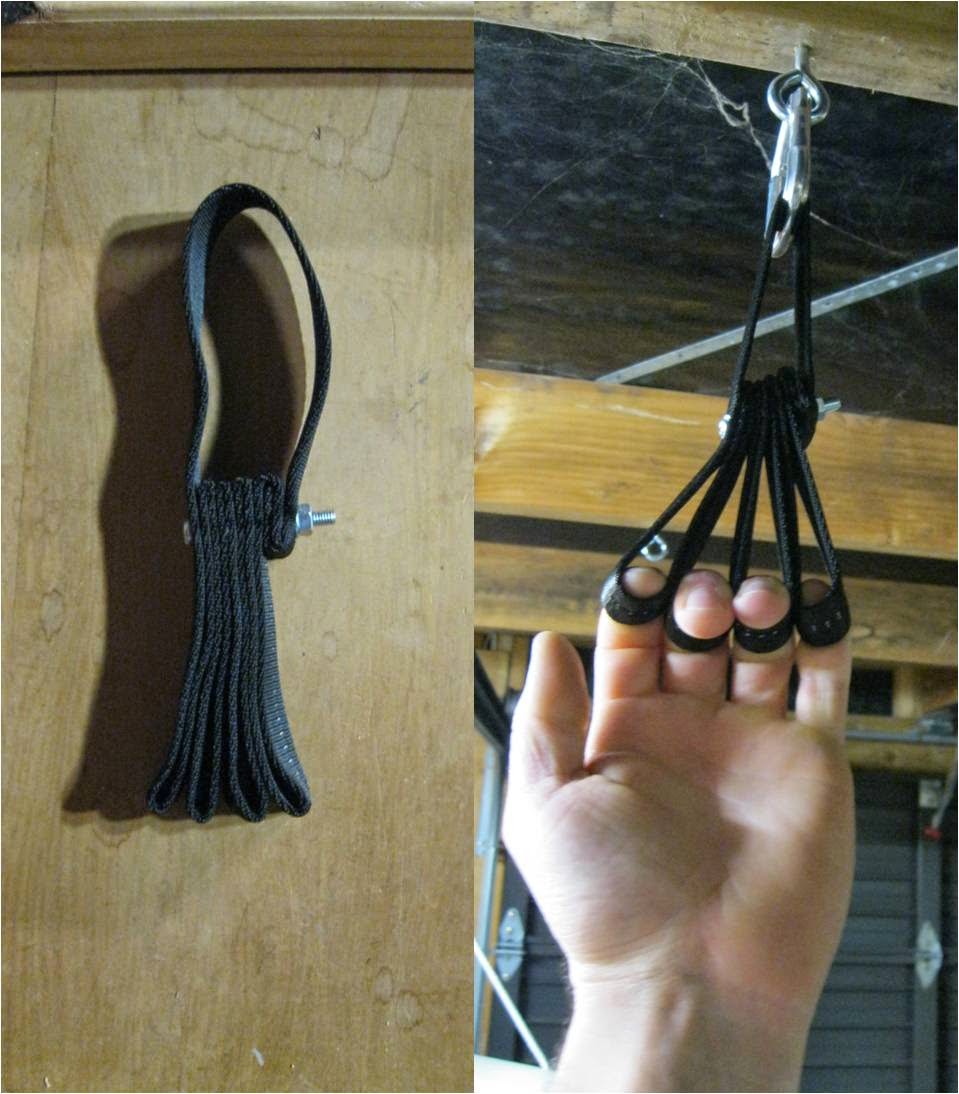 I’m really happy with my finger straps, I can use them for 4, 3, or 2 finger pull ups (working towards 1 finger) as well as various other lifts. For more ideas on how to use the finger straps, or other grip training ideas get a copy of Untapped strength. Note: I am making nothing off telling you to buy the book, and I paid for my own copy.