Book Review – Wild, From lost to found on the Pacific Crest Trail by Cheryl Strayed 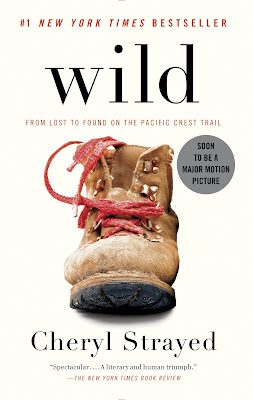 Often when I’ve done book reviews I have tried to be somewhat current with the release date of the book, for this review not so much. I decided to read Wild by Cheryl Strayed (I had previously seen the movie) after the round the mountain walk, when I met some Americans on the walk who had walked the PCT in 2014 and loved it (the PCT, not so much the book).

The book is the story of Cheryl Strayed’s PCT hike in 1995 as well and introspection about her life leading up to the hike.

Right of the bat I’m going to say I found someone who suggests that Strayed did not walk the PCT and fabricated the whole thing. I’m not particularly fussed either way so I didn’t look too much into it; however the little I did read seems to have some merit. That said I’m always willing to give someone the benefit of the doubt.

I found the book to be rather jumpy, it moved from past to present within a chapter fairly often without any clear train of thought to the transition, and the past sections didn’t necessarily tell a coherent story within a given chapter. It felt at times like a grab bag of ideas, this may have been intentional as that may have been as things came to mind on the hike, however it often felt jarring while reading. The movie is similar, in this manner. That said the writing was often very descriptive with some sections difficult to read due to their graphic nature. So in terms of the writing itself I didn’t find it particularly compelling, mostly due to the structure of the book.

As for the hiking, this was quite interesting at times, however not particularly detailed or descriptive. The start was interesting to hear about the gear she packed, and later who she pared her pack down in weight. This point is the part that makes me wonder the most about the authenticity of the story. Given the gear she outlines packing I estimated the pack weight to be 30kg if not more, and given how hard it was to hike with a 20kg pack I find this difficult to believe, but like I said I’ll give it the benefit of the doubt. The rest of writing on the hiking side of things was interesting enough but for me lacked substance. It seems primarily a story of how much her feet hurt.

Two more points, one good one bad. Strayed often shows an example of poor outdoors decision making. She puts herself in danger by not having the correct supplies or gear at times, is not physically prepared for the hike and in general had poor hiking practices. By intentionally putting herself in a dangerous situation, others may have had to take risks themselves to rescue her (which luckily did not happen). That said her lack of preparation can be a warning to others, and from the amount of stuff popping up on my pinterest feed a lot of woman have got into hiking, possibly due to this book.