Hike up to the Pinnacles Hut – Coromandel Forest park 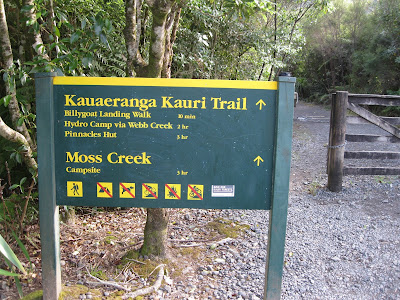 The Pinnacles hut is the Department of Conservation’s largest hut located in the Coromandel Forest Park. The Pinnacles (a large high rock outcrop) is located a short walk from the hut, so it’s a popular day or overnight walk. There are two main tracks up to the hut, one long and one short. I’ve walked the shorter option before, up the Web track and down the Billy goat track and I really wanted to walk the longer track (Via Moss Creek). There is also a long one way track to the north which would be interesting to check out.


The Web track and Billy Goat track are both very well maintained tracks for the high number of tourists which make the hike up to the Hut. Having walked both, my preference is for the Billy Goat track, it’s slightly longer, with better and more varied views. For this hike I wanted to go via the Moss Creek campsite. This track is much longer (8 hours), less maintained (very muddy) and DoC tries to steer people away for walking this route.

I understand why DoC tries to talk people out of it, the hut warden was telling me he often has people arriving  at the hut at 8,9, 10 even 11pm at night having miss judged the track and their own fitness. And he was talking about the 3 hour track. I was confident in my ability and fitness to tackle this track, and I knew the friends coming with me would be capable as well. Since I wasn’t sure how hard the track would be, I was prepared for something tough. While the track was somewhat tough, it really didn’t bother me at all, the Bell track up Mt Pirongia was far harder.

The first hour of the walk for the road end was pretty easy; the first little section is part of the main Webb track before it split off towards Moss Creek. The track was definitely less maintained, and had a couple of windfalls to get around, but nothing major. After the first hour it started going up, and up, and up. Often a hands and feet climb that went on for nearly two hours gaining approximately 580m of elevation. This section was most of the elevation we would gain, so it got the hardest part out of the way first.

The mud started just before the turn off to the Moss Creek campsite. We stopped for lunch at the campsite, approximately 10 minutes off the main track. The view was not bad, but that’s about all the camp site had (a picnic table would have been a great addition). On the way back to the main track we spotted a 3 bed hut just off the track less than 5 minutes from the camp site. It was a cool little hut and not on any maps I’ve seen.

The next section as a whole lot of mud, a bit of a pain, but nothing compared to Mt Pirongia so it really wasn’t a problem. There was about 2 hours of this before we got to some higher rocky sections with some decent views. After this section it seemed like we had past the worst of it (we had) and that the track was nowhere near as hard as suggested, tough yes but more than manageable. 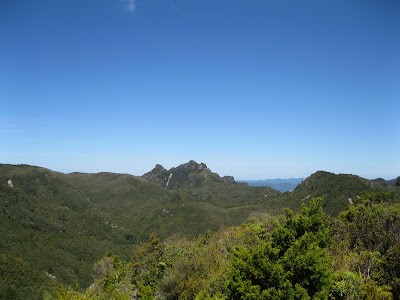 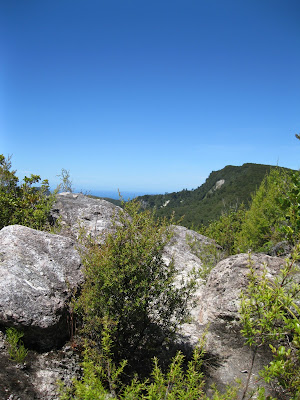 We took a break the junction with the Rangihau track (we have been going for just under 6 hours at this point) before moving into the last stretch. This section had some nice views of the range from a different angle to what I had previously seen. There was a little up and down, a little tough but the hut was getting close which helped. We made it to the hut in just under 8 hours so the track times were spot on.

I dumped my big pack in the hut before heading up to the Pinnacles to take in the view and get some photos. The walk is listed as 50 minutes each way, but I made it in 50 minutes return. The Pinnacles are well worth the climb and would make for a great day trip with lunch at the hut.

The hut sleeps 70 people, and it’s a reasonable short, easy walk via the web track so there were a lot of families with kids at the hut, so maybe take a tent and camp if you want some quiet, although this time the hut wasn’t so bad.

The next day was an easy walk down via the Webb track taking only 2 hours 20 minutes.

I quite like this Forest Park for hiking (Crosbies hut on the other side of the valley is great too) so would definitely hike up again, maybe via the Rangihau track, but next time it might be good to camp for a slightly different experience.